The demonstrations responding to the Memorial Day murder of George Floyd have galvanized the world. For the first time since the assassination of Martin Luther King, Jr., in 1968, major protests against racism have erupted simultaneously across the nation.

Different from the civil disturbances in 1968, this time the protests have themselves been by and large peaceful (and increasingly so). They also have included unprecedented numbers of protesters who are not African-Americans.

These protests are a big deal, and there is great hope that we are at a turning point in American history. Great hope not only that whites are finally acknowledging the pervasiveness of racism and the legacy of racism in America, but also that they want to do something about it, finally recognizing that we are all held back (although whites not as much as black and brown people!) by systemic prejudice, discrimination and denial of rights.

You see this in the white parents taking their children to demonstrations so that they can tell their grandchildren that they participated in history.

Change is in the air.

I am going to argue here that historians will credit this great moment of potential to the power of nonviolent protest: to the power of civil disobedience and passive resistance to fight oppression by altering public opinion. (I have no intention of telling anyone how to protest. I merely want to state my empirical analysis of what has happened the past two weeks.)

In 1992, after the acquittal of the police who beat Rodney King, the unleashed rage of the African-American community was destroying the neighborhoods of that community. The actor Edward James Olmos, in an awe-inspiring act of non-violence, stopped the destruction by showing up with a broom.

Last Monday, in Santa Monica, Long Beach, and other places around the country that had been hit by looting over the weekend, local people showed up with their brooms and dustpans to clean up. There was no blame cast. The implicit message was that this was a community problem, and the community would fix it. Soon the looting, all over America, stopped. At the same time, the protests expanded and became more peaceful, bringing in more participants and flooding the zone of public opinion.

But it wasn’t only the actions of ordinary people that turned the protests into massive nonviolent demonstrations. There was one not-ordinary person who had a major impact: Donald Trump.

Yes, it was the response of the protesters and the public to Trump’s militarization of the police response to the protests in Washington, D.C., Trump’s violent clearing of peaceful protesters from Lafayette Square, and Trump’s authoritarian rhetoric, that made it clear to all that the logic of Gandhi, King, and Mandela, was the most effective strategy to use not only to achieve justice, but also to oppose a tyrant.

It was as if hundreds of thousands, if not millions, of protesters had instantly taken the training John Lewis and others went through before integrating lunch counters or becoming Freedom Riders. The secret of passive resistance is that to make public opinion favor those who are denied justice, one needs to let the world see where violence comes from. While the video of George Floyd’s murder was Exhibit A for that, the passive resistance of tens of thousands simply marching for justice and being met by disproportionate force, as epitomized by Trump’s clearing Lafayette Square, has galvanized public opinion in favor of justice.

Questions about the police response in Santa Monica focus on what happened then. The police concentrated their forces near the Pier, in a standoff with protesters the police considered a threat to property and public safety. The police did not deploy officers to stop looting on and east of Fourth Street. Local television stations were broadcasting all this, from both locations, live.

The actions of the Santa Monica police have been challenged from two directions, which are not mutually exclusive. Protesters accuse the police of overreacting to the situation near the Pier instead of deescalating it. The police used tear gas and “less than lethal” weapons against protesters. The other challenge has come from business owners and residents who are bewildered that the police didn’t have any presence on Fourth Street to stop the looting that was taking place in broad daylight. For their part, the police say they did the best they could, given the circumstances and the resources they had. They point out that no one was injured in Santa Monica.

At the moment I’m not interested in second-guessing given that the information I have is necessarily incomplete. Nor do I expect that in the “fog of civil unrest” police and other authorities can be expected to make perfect decisions. But what happened that Sunday must be investigated. Not necessarily to cast blame, but certainly to learn.

I believe it’s obvious, however, that Santa Monica, like many cities, made a big mistake when it implemented drastic curfews (starting at 4:00 p.m. that Sunday in Santa Monica and then almost around the clock for Monday and Tuesday, June 1 and 2). These curfews criminalized constitutionally-protected rights of speech and assembly and operated as unconstitutional “prior restraints” on First Amendment rights.

While the intent behind curfews is to reduce lawlessness and facilitate law enforcement, these blanket curfews paradoxically made policing more difficult. We have seen this all around the country. Police became obsessed with curfew-violators, or even potential violators, who were otherwise peaceful. Enforcement of curfews caused and incited more violence, typically originating from the police themselves.

Fortunately, in Santa Monica and around the country, authorities finally realized that blanket curfews, along with overly-armed and militarized police are counter-productive, and have been lifting the curfews, returning police to their regular equipment. The public has responded with a virtuous circle of expansion of the protests, as more and more people, realizing that the demonstrations are safe, join to show their solidarity with the Black Lives Matter movement.

No justice, no peace. No peace, no justice.

Thanks for reading and take care. 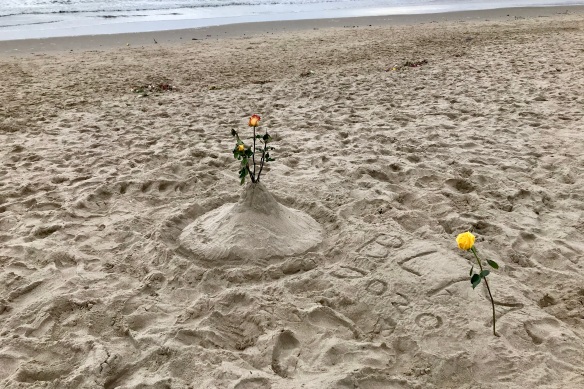